You are here: Home1 / Sights2 / Harar and Dire Dawa

Dire Dawa and Harar, the two major towns in the east of Ethiopia

Despite being neighbours and close to each other by only 50 km in distance, they are very different in many ways. 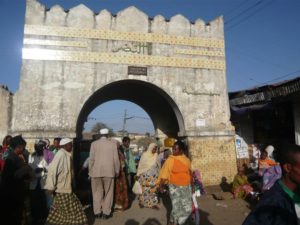 Harar is a very old town with an important history, full of cultural and religious heritage.

The city of Harar is located at a height of 1,870m above sea level.

Since its foundation between the 7th and 11th century it has a long history of Islamic influence. In 1520 it became the capital of the Adal Sultanate and a muslim fortress in the Christian empire. It is said that there is a total of 82 mosques within the old city walls called “Harar Jugol”. 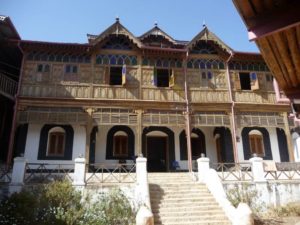 From here a series of heavy attacks against the Christian highlands were launched and it became one of the most dynamic trading places in east Africa.

The French poet Rimbaud spent some of his last years here and made it the headquarters for his firearms trading destined for the emperor Menelik. The city now contains a museum in his honour.

Other sights are the colourful market, the traditional Harari houses, the mosques, the old city walls and gates and the former palace of Ras Mekonnen, the father of the later emperor Haile Selassie.

In the evening you can watch the so-called “Hyena-man” at the edge of town. He feeds the hyenas, which stroll into the town by night, spectacularly with meat. 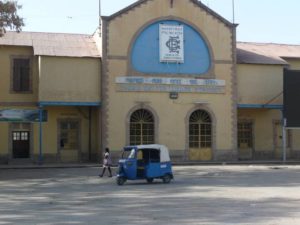 Dire Dawa is a new town, clean and modern, which has become an important industrial and economical centre.

It is also the second largest town of Ethiopia by population. 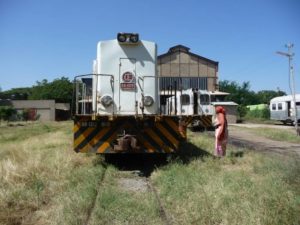 At the beginning of the 20th century under Emperor Menelik, a railway line from Addis Ababa to the port of Djibouti was built with the co-operation of the French government. As it was too difficult to let the railway line pass through Harar, Dire Dawa was built as a main station in the east of Ethiopia, at the edge of the desert. The railway station in the centre of the town can be visited, even though the railway is currently not out of service.

The markets called Taiwan and Kefira are very interesting, providing an opportunity to mingle with peoples of the region: the Afar, Somali and Oromo.

Visit Harar and Dire Dawa with us :